In a galaxy far, far away…

Resumes were drastically changing. From a simple, blank piece of paper filled with your experiences, to a beautifully designed, fancy hologram, describing you not only as an employee but as an individual, as well.

In the light of the upcoming Star Wars movies, our team decided to create Anakin Skywalker’s resume before turning to the dark side, and after becoming Darth Vader. See how our format works, and how it shows more than just your work experience, disregarding whether you’re a Jedi or a Sith!

Before turning to the dark side, Anakin Skywalker was an exemplary Jedi. He studied at the Jedi Temple on Coruscant, and after graduation, crafted his own light from three crystals on the planet Ilum. After becoming a full-fledged Jedi, his career seemed bright – having won numerous battles, stopping the invasion of Naboo, and becoming the Counsellor’s personal representative. Everything changed, however, once he started having visions his wife’s failed childbirth, leading him to rebel against the Jedi and eventually turning into Darth Vader.

Vader was the opposite of everything Anakin Skywalker represented. He’d committed countless atrocities, from murdering most of the Jedi, to blowing up an entire planet.

At the end of the series, however, Darth Vader did end up finding redemption: saving his son’s life, and bringing down the emperor – thus finally fulfilling his destiny. 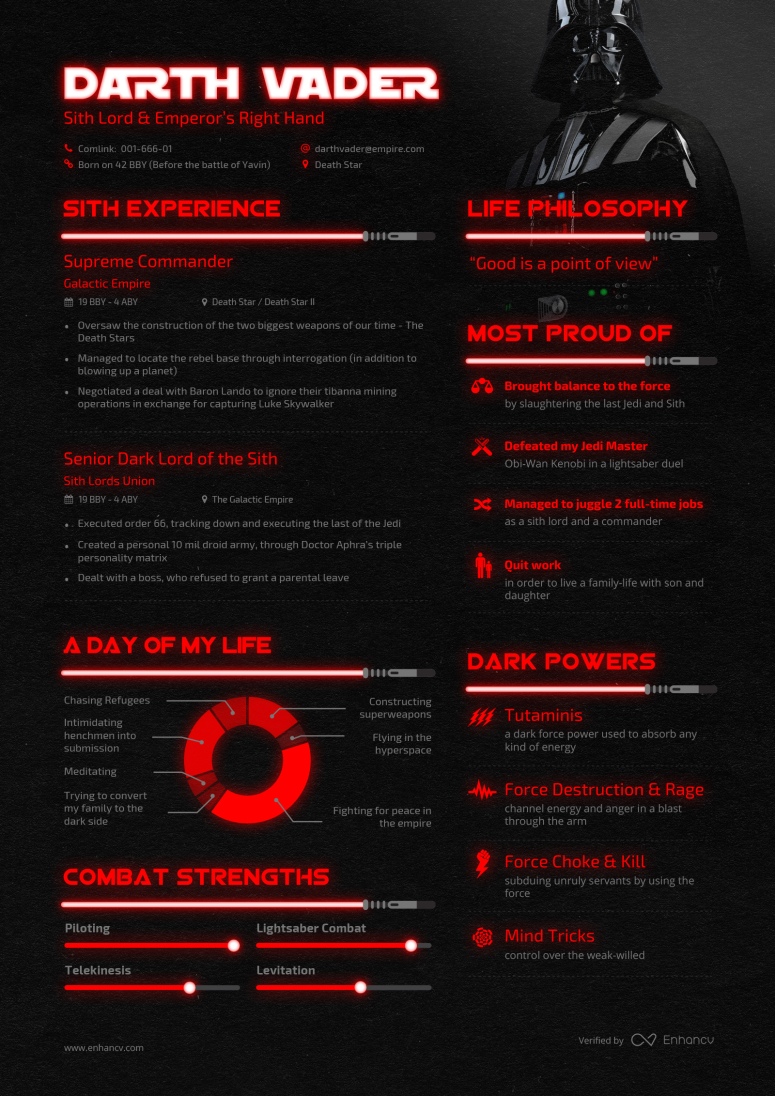